Thomas J. Spulak is a partner in the law firm King & Spalding LLP and chairs its Government and Public Policy Practice Group in Washington, D.C. Before joining King & Spalding, he was a partner at Shaw Pittman LLP, also in Washington, DC. Prior to entering private practice he served as Democratic Staff Director and general counsel of the House Committee on Rules, serving most of that time under the chairmanship of Claude Pepper; he later served as general counsel to the U.S. House of Representatives. Early in his career, he served as district representative for Congressman Pepper in his Miami office.

Spulak attended the School of Politics and Public Affairs at the University of Miami and later received his Juris Doctor from Florida State University College of Law. He devotes a considerable amount of time in the service of non-profit entities. In addition to the Claude Pepper Center he serves as Chairman of the Hospice Foundation of America and is a board member of the Ethics Resource Center.

Heather Wells Greenaway is a partner at Burning Glass Consulting, a public affairs firm located in the Washington D.C. area. She has managed political grassroots and earned media campaigns from the campaign trail to Capitol Hill and campaigns for Fortune 100 corporations, major associations, and trade organizations. Greenaway serves as a strategic partner to clients and leads the execution of integrated efforts that combine activities ranging from interactive and earned media campaigns to field operations and coalition building nationwide. Prior to the private sector, Heather served on the staff of U.S. Senator Bill Nelson.

Tom Herndon serves as Treasurer and Executive Director of the Claude Pepper Foundation. In a state government career that spanned 32 years, he served at the highest levels of management in Florida government including key positions in the Executive Branch, the Legislature and the Cabinet. A Florida native, Herndon started his government career working as a child abuse counselor in his hometown of St. Petersburg. He ended his public service as the executive director of the Florida State Board of Administration (FSBA), managing $125 billion dollars of the state’s investments and pension fund assets. The breadth of his public service to Florida is truly unique in that no other senior state official has served in as many powerful and high profile positions for both Democratic and Republican administrations.

Stephen R. MacNamara has worked with members of the U.S. House of Representatives and served as special assistant to a U.S. Senator. He was also a special assistant to the Florida Senate in 1982, primarily involved in reapportionment and served for a brief period in 1992 as the Federal Government’s Florida expert in that area. MacNamara was appointed secretary of the Department of Business Regulation under Governor Bob Martinez and succeeded Governor Lawton Chiles as the director of the Collins Center for Public Policy. He served for three years as the associate dean of the Florida State University College of Law. He was the general counsel and media consultant to No Casinos, Inc., founding president of the Coalition for Family Safety and founding and immediate past president of the Florida Association of Health Plans. For eight years he assisted the Miami Herald in its annual ranking of the Florida Legislature. During the 1999 Legislative Session he was asked to serve as the first professor in residence for the Florida House of Representatives and during the 2000 session served in the position of chief of staff for the Florida House under Speaker John Thrasher.

MacNamara served as the Director of the Claude Pepper Center in 2005 and 2006. He served as associate vice president for academic affairs at Florida State University and is an associate professor of communications where he specializes in mass media law issues and political communications strategies. He completed a term as chief of staff to the president of the Florida Senate and served in the position of chief of staff to Gov. Rick Scott. MacNamara has also been recognized in Florida Trend magazine as one of the state’s “Legal Elite.”

Larry Polivka serves as Scholar-in-Residence of the Claude Pepper Foundation focusing his efforts on issues relating to long-term care and retirement security. Polivka also serves as director of the Claude Pepper Center where his primary research interests are long-term care, affordable health care and economic security for America’s elderly population. He recently expanded the scope of his research on aging studies, examining these complex issues in the global community.

In August 2011, Polivka was presented with the Dr. Carl Osterbind Florida Council on Aging Award for his work with former Governor Bob Graham on the development of the Pathways to the Future plan and other analysis and advocacy activities. He also served as the chairperson for Governor Rick Scott’s Assisted Living Workgroup and chairperson of the Social Research, Policy and Practice Section of The Gerontological Society of America. Polivka received the Clark Tibbits Award from the Association of Gerontology in Higher Education in 2009 in honor of his outstanding contributions to gerontology and geriatric education. Prior to his return to Florida State University, he received emeritus status in recognition of his distinguished service as a faculty member and administrator at the University of South Florida in Tampa, Florida where he served as the director of the Florida Policy Exchange Center on Aging from 1992 to 2009 and as the associate director of the School of Aging from 2003 to 2009.

In addition to his academic career Polivka has worked at the state and federal levels. He was director of the Florida State Unit on Aging from 1989 to 1992 and was the policy coordinator for Health and Human Services & Public Safety in the Florida Governor’s Office from 1979 to 1989.

Loranne Ausley is a State Senator who represents Calhoun, Franklin, Gadsden, Gulf, Hamilton, Jefferson, Leon, Liberty, Madison, Taylor, and Wakulla counties. Ausley is an attorney who previously served in the Florida House of Representatives and ran for statewide office in 2010. Her practice focuses on strategic advice and general government consulting. Ausley began her law practice with the Miami offices of Steel, Hector & Davis as a member of their litigation practice. Since that time she has held high level posts throughout state and local government, including 8 years as an elected Member of the Florida House of Representatives.

As a Democratic leader in the State House, Ausley established herself as an independent-minded leader unafraid to take on tough problems and find real solutions. As the ranking Democrat on the House Health Care Council, she developed a policy expertise in health care, and in 2008 was selected to oversee the Florida Healthy Kids Corporation, Florida’ s $300 million child health insurance program. In addition to her state legislative service, Ausley has held high level posts in all branches of government at the state and federal level, including the Executive Office of the Governor of Florida, the US Department of Housing and Urban Development, the US Department of Commerce, the US Senate and the US House of Representatives.

Ausley is active in a number of local state and national organizations. She was instrumental in creating Whole Child Leon, a community based initiative focused on young children and their families, and she continues to actively serve as Chair. She serves on numerous boards including Ruth’s List Florida, The New Deal and the New Leaders Council. She is a member of Leadership Florida’s Class XX, and an honorary member of Omicron Delta Kappa. Ausley graduated from Randolph-Macon Woman’s College with a degree in Economics and earned her J.D. from the Washington & Lee University School of Law in Lexington, Virginia. She is an avid triathlete (Ironman Florida finisher, 2007) and marathon runner.

Matthew M. Carter II is an attorney and professional business consultant on energy, economic development and education matters. Prior to this, he served as a senior staff director for two committees in the Florida Senate: Communications, Energy and Public Utilities and the Committee on Military Affairs, Space and Domestic Security. He is a public speaker and has written two books. He also serves as an associate minister for the Bethel Missionary Baptist Church in Tallahassee, Florida.

Carter earned a Master’s degree in Theological Science from Smith Chapel Bible University, a Doctor of Philosophy degree in Christian Ministry from Gulf Coast College & Seminary. For his international Christian mission assistance and service, he received an honorary Doctor of Divinity degree from the St. Thomas Christian College. He is retired senior pastor for Beulah Hill Missionary Baptist Church, in Gretna Florida, where he formerly served as president of the Congress of Christian Education (Union Baptist Association) and vice moderator for the Gadsden County Baptist Association (Southern Baptist Convention).

Carter received his law degree from the Florida State University College of Law in 1988. He has broad experience in public and private senior management. As an attorney, he was appointed to the Florida Public Service Commission, serving a four-year term and two years as Chairman. In his capacity as commission chairman, Carter served on the National Association of Regulatory Utility Commissioners (NARUC) Committees on Water, Critical Infrastructure, and International Relations. He was also active in training regulators from other nations on regulatory policies and NARUC activities designed to improve regulated companies’ minority business procurement practices.

Carter is a veteran of the United States Army, having served in the Presidential Honor Guard in Washington DC, and overseas in Germany and the Panama Canal Zone. Carter is a Life Member of the Disabled American Veterans.

Kendrick B. Meek serves as a senior advisor to a diverse group of companies in the healthcare, homeland security, agriculture, and financial services sectors, drawing upon strategic skills developed over a long tenure in politics, including his time in the U.S. House of Representatives, Florida State Legislature, and as Special Representative to the United Nations.

From 2002 to 2010, Meek represented the 17th Congressional District of Florida. During his time in Washington, Congressman Meek’s open-minded and bipartisan outlook allowed him to navigate a broad cross-section of Congress in order to achieve results for his constituents. Building on a strong legislative record in the Florida Senate and Florida House of Representatives, Congressman Meek was able to secure a spot on the House Ways and Means Committee. In that capacity, he was successful in sponsoring and passing legislation focused on tax, trade and healthcare issues.

While in Congress, Meek devoted significant energy to engaging younger Americans in the political process by pushing for fresh ideas in Washington. He was the youngest Member of Congress to serve as chairperson of the Congressional Black Caucus Foundation, and was recently named director emeritus – one of only two former members who has held this position. Mr. Meek works with U.S. corporations to develop and strengthen their corporate social responsibility initiatives.

Meek is also deeply steeped in matters related to homeland security and international affairs. In 2011, President Obama appointed him as Special Representative to the United Nations. While in Congress, he was appointed to the NATO Parliamentary Assembly and served on both the House Armed Services and Homeland Security Committees. In those roles, he traveled extensively throughout Europe, Africa and the Middle East, engaging with foreign leaders on international security and trade matters.

Branson Willis is the son of Sarah Pepper Willis and the nephew of Senator Pepper. Mr. Willis is an Investment Counselor formally with Josephthal, Lyon and Ross and AG Edwards and owns Branson Willis Investment Counseling. He is a Certified Business and Personal Tax Preparer and a graduate of Florida State University. He is a U.S. Air Force, Strategic Air Command, Vietnam veteran and was a member of the first B-52 Combat Wing in Air Force history. 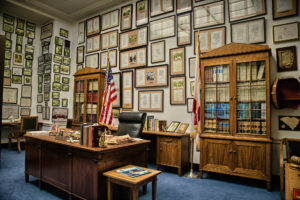 The goals of the Claude Pepper Foundation are based upon the principles by which Claude and Mildred Pepper lived their lives. They were the unrelenting enemy of poverty, injustice, oppression and … END_OF_DOCUMENT_TOKEN_TO_BE_REPLACED 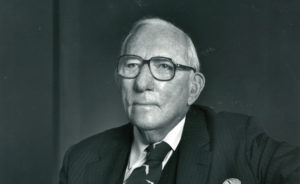 When Senator Claude Pepper was 15 years old he wrote “Claude Pepper, United States Senator” on the office wall of a justice of the peace who let him use his library at night.  In 1928, Senator … END_OF_DOCUMENT_TOKEN_TO_BE_REPLACED 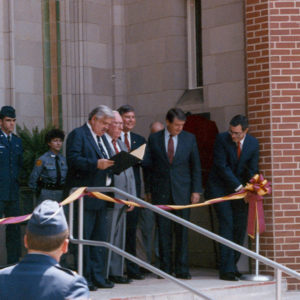